Our last piece, Quick Thoughts, generated one of the highest open rates of any Economic Update we’ve sent, so we’ll take that as a clue and stick with the format.

Before we get started, we would like to make a short comment on Robin Williams life and death. While he, quite sadly, was not the only one who ended his life last week, his death does serve as a powerful reminder that everything may not always be as it seems. Madison Avenue doesn’t represent who we truly are, but what the world so vainly wants us to be. Slow down, love more deeply, and take a hike, I tell myself. Don’t let the stock market become your golden calf.  (View a printable version of this Economic Update: Quick Thoughts 2).

How was my vacation? Exactly what I needed. And to my family’s pleasure, I didn’t just stare at the trunk of a coconut tree, I also swam with the stingrays. Now, for the boring stuff… 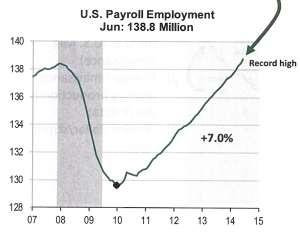 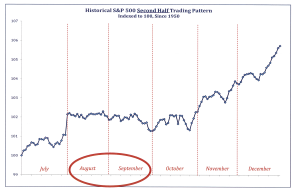 As always, we welcome your comments and questions!